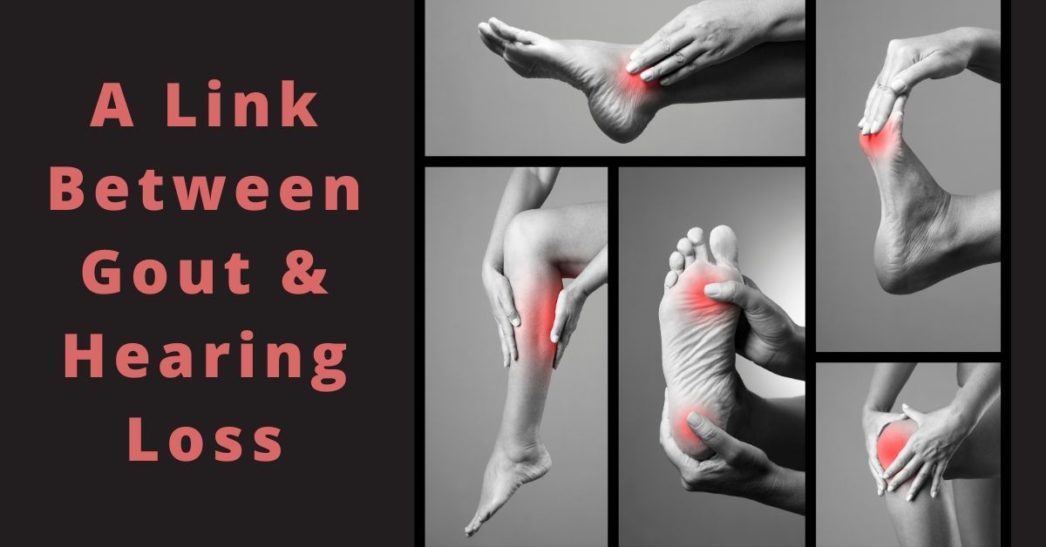 Recent studies have indicated a strong connection between hearing loss and inflammation, meaning that a healthy diet, which prevents inflammation, will also significantly slow the onset of age-related hearing loss. A new, strong link has been discovered between gout, a common form of arthritis which also has a link to poor diet, and hearing loss.

Gout is one of the oldest medical afflictions on record, with its first mention in Ancient Egyptian records dating to 2640 BCE. It has appeared in nearly every society throughout history. The most typical symptom of gout is foot pain, specifically at the base of the big toe, but it is defined by the body’s abnormal processing of uric acid, resulting in the crystallization of the uric acid and the accumulation of the crystals at specific sites in the body. This can result in pain in not only the joints of the feet but the ankles, knees, fingers and elbows, as well as kidney stones and, eventually, kidney failure.

The pain of an acute gout attack will come on quickly and last for a few hours or days. In some rare instances, an attack may last for weeks. The site of the attack will feel warm, and will be red in color, swollen and tender. The attacks can be extremely painful, and most people who have gout will have multiple attacks over the years.

Who is at Risk for Gout?

The prevalence of gout has risen in recent years. It now affects about 4% of Americans, and 20% of those whose parents had it. It disproportionately affects men than women, especially Black men, and most women will not experience it until menopause. The peak age of those who suffer gout attacks is 75. The main risk factors for gout include moderate to heavy drinking, obesity (especially when it begins in a person’s youth), high blood pressure, diabetes, kidney problems and hypothyroidism. It is the most prevalent type of arthritis affecting the elderly population.

Does Gout Help Cause Hearing Loss?

A new study of statistical information has found that a history of gout increases the likelihood of developing hearing loss by 44%. The study focused on a random sample of 5% of Medicare records from 2006-2012. The researchers noted that they corrected for demographics, drug prescriptions and comorbidities. They also note that they did not have access to potentially significant information such as the patients’ oxidative stress and inflammation levels. While they suspect a causal link between inflammation, gout and hearing loss, there is no record that would help establish this without a newly designed study with active participants.

To prevent gout, you need to keep your uric acid levels low. In order to do so, drink plenty of water. This is recommended for a lot of reasons, but drinking water helps flush uric acid out of your system to keep your kidneys free of it and functioning properly. Drinking alcohol removes water from the system and adversely affects the metabolism of uric acid, and can bring on an acute attack of gout, so avoid drinking alcohol, especially to excess. If you do have elevated levels of uric acid in your body, it’s good to avoid shellfish and organ meats like liver, brain and kidney. Eating meat and seafood seems to make a gout attack more likely, while dairy has the opposite effect.

Anti-inflammatory diets like the Alternate Mediterranean Diet (AMED) and Dietary Approaches to Stopping Hypertension (DASH) have been shown to reduce the risk of hearing loss, and they also meet the guidelines for gout prevention. The best thing you can do to avoid gout and hearing loss, or minimize their effects if you’ve already experienced them, is to adopt a healthy diet now!

If you’ve noticed changes in your hearing, contact us today to schedule a hearing test.