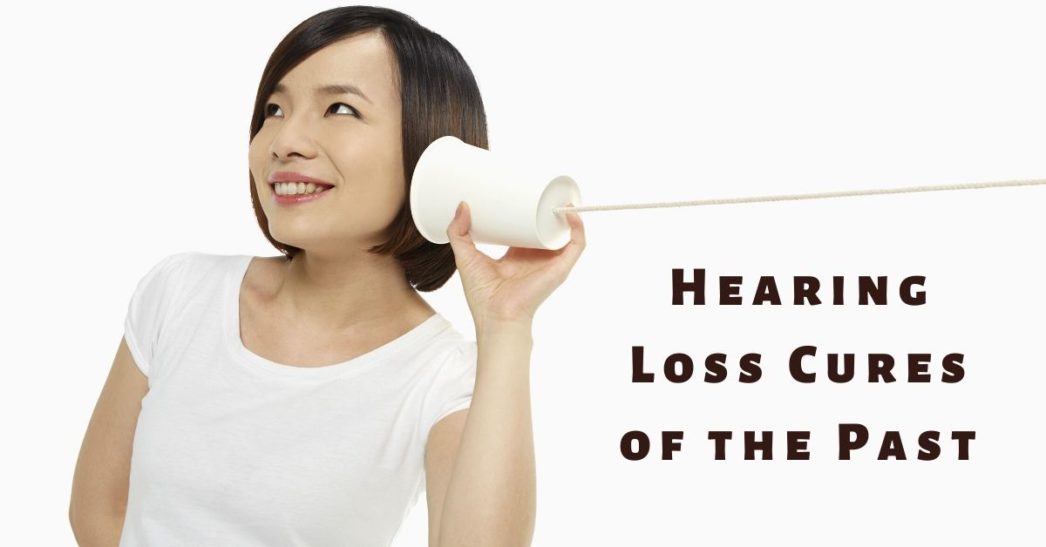 Carli Van Harken
Carli Van Harken is co-owner and licensed dealer for CEH and is certified with the International Hearing Society. After working together for several years under previous ownership, Carli and Kristin joined forces as owners in 2006 with the Grand Haven and Zeeland locations.

As baby boomers are living longer, they also seek to enjoy every day they’re blessed to be alive. Being able to hear properly makes it easier to converse, move around – and if possible, drive a car. These days, many are enjoying a full life well into their 70s and 80s. However, prior generations that didn’t have access to hearing aids were probably subjected to inventions that weren’t just weird, but ineffective.

While some of these methods were prescribed by a licensed doctor, others were mere hacks. Classical music legend Beethoven was prescribed earplugs made with almond oil along with an early form of electromedicine. Another cure with a scientific connection was linked to eating cheese, which contains the chemical compound, D-methionine. Although this may have been the tastiest treatment process, it was impractical since the affected would have to consume about five pounds in a single meal. That’s one heck of a sandwich melt!

Some of the funniest hearing loss cures go as far back as the 18th Century, here they are in alphabetical order:

* Artificial Eardrums and Personal Sound Amplification Devices – while some of these resembled early versions of the hearing aid, these were ineffective. Besides being painful to wear, these didn’t produce the right sound, as it could be too loud or picked up additional background noises.

* Blistering – by using a caustic plaster, pus and other toxins were extracted from the body as a way to promote healthy ears. Unfortunately, this painful method was common at one time but there’s no record as to its effectiveness.

* Eating Unusual Food Combinations – like cheese, tomatoes have a special nutrient that aids in hearing loss but according to a Nordic healer, you have to eat around 20 a day. The potassium is essential to regulating cells and fluid levels in the inner ear. Just like you don’t want to overdose on grilled cheese sandwiches, consuming too many toms can lead to heartburn or indigestion.

* Healers or Hypnosis – even though some cultures swear by the knowledge given by these individuals, there’s no record of these sources being able to cure hearing loss. Even if they appear to be informative, it’s best to take their words with a grain of salt.

* Ingesting Strange Things – although essential oils and herbs can help in treating certain conditions, they haven’t been proven to help in hearing loss or tinnitus. Most likely because these aren’t regulated by the government and potency isn’t guaranteed.

* Pouring Things Inside Ear Canal – in the past, people have used the liquid from fried peach kernels and lard, water from boiled urine, and even melted bear fat as a way to cure deafness. Some have even used soap and water inside the ear.

* Torture Treatments- from cutting deep enough to bleed to falling from steep places to placing a twig inside the ear overnight have been part of folklore healing methods. Maybe healing improved but it’s now been replaced by pain.

The Advantages of Modern Medicine

Today, adults no longer have to resort to experiments that are a waste of time and money. For one, there’s no one-size-fits-all cure, as the hearing can be affected by a wax buildup or inflammation. Other causes of deafness include exposure to loud noises over a period.

Testing can determine where the problem lays, as one or more ear sections may be affected. In recent, mobile apps have been used to test moderate hearing loss. While some adults fear the thought of wearing a traditional hearing aid, test results may offer more than one treatment option.

Surgery may be performed to drain inflammatory fluid, correct bones or the eardrum. Traditional hearing aids have gotten a makeover, as some styles fit inside the ear and are hard to detect. Severe hearing loss can be corrected with cochlear implants, which stimulate the nerves instead of amplifying the sound like a traditional hearing aid.