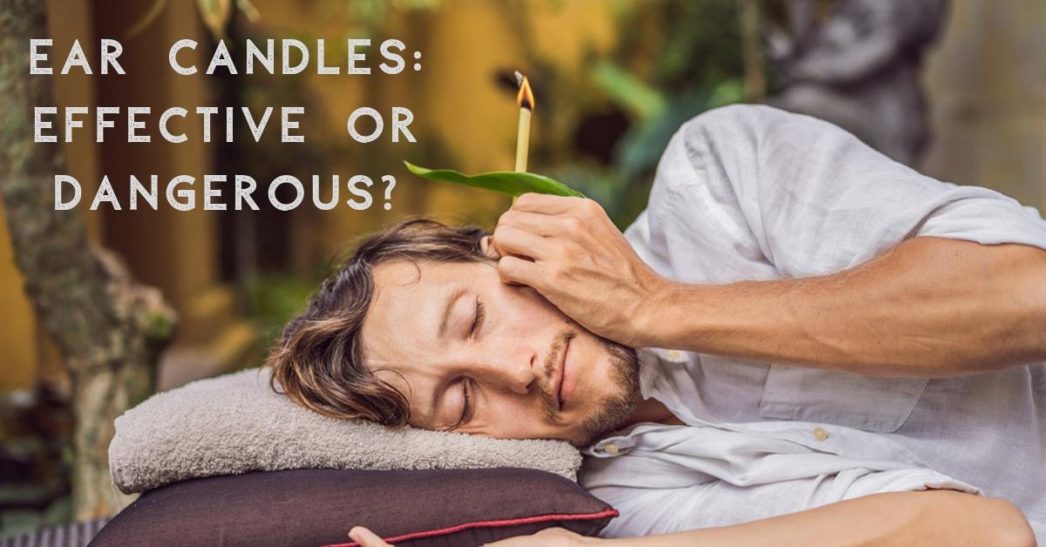 Carli Van Harken
Carli Van Harken is co-owner and licensed dealer for CEH and is certified with the International Hearing Society. After working together for several years under previous ownership, Carli and Kristin joined forces as owners in 2006 with the Grand Haven and Zeeland locations.

We have all been advised from an early age to not stick anything in our ears and as adults we often look to alternative therapies or DIY remedies to maintain our health. The two concepts collide when it comes to “Ear Candling,” also known as, Chandelles Auriculaires, Thermal-Auricular Therapy, Auricular Candles, and Ear Coning. So, what is the draw of this dramatic sounding procedure?

Ear candling is often advertised as a therapy that has its roots in ancient cultures and can be used as a possible cure to excessive earwax to tinnitus (ringing of the ears) to “swimmer’s ear” – as well as strengthening the brain, curing vertigo and relieving sinus pain! But is ear candling safe and does it work?

Made ideally from beeswax covered fabric and rolled to form a hollow 10-inch tapered candle, an ear candle is placed in the outer part of your inner ear canal and then allowed to burn for about 15 minutes. This apparently creates a type of suction that draws the ear wax along with all foreign substances out of the ear. The end results will show brownish wax-like remnants exemplifying the cleansing results of the process.

This procedure can be performed by anyone, anywhere including yourself! However, it is not recommended by many hearing health professionals.

In short, no, it is not. The National Center for Biotechnology Information (NCBI) published a case report on whether doctors should suggest “ear candling” as a viable alternative process for excess earwax removal and this was the conclusion of the report: “No evidence suggests that ear candling is an effective treatment for any condition.”

In fact, the report suggests that anyone with any damage to their ear such as a ruptured ear drum or recent ear surgery, to stay as far away from the procedure as possible. The US Food and Drug Administration (FDA) issued a warning to the general public as far back as 2010. They also issued warnings to candle manufacturing companies, and made seizures, and created alerts of such imports so that they can be apprehended by U.S. Customs and Border Protection.

No, it is not. Earwax is your body’s natural protectant. It builds a protective lining in the ears against bacteria and other foreign bodies. Insects don’t like the smell of it so it is a natural repellant. Unless you are drawn to potential burns to your ear canal, middle ear and face, it is suggested that you look elsewhere to get excess earwax removed for example, your hearing health professional.

Yes, it is.  In the study published by the NCBI over 10 percent of respondents in the study suffered burns. In short, keep your candles on the table and make an appointment with your audiologist if you do have excessive buildup in your ear.

Earwax prevents infection in your ears by trapping dirt and bacteria, and it even repels insects from entering the ear canal! Your ears are naturally self-cleaning, so there is no reason to use ear candles. With actions such as chewing and talking, the movement of your jaw helps to soften and move your earwax. If you do have excessive earwax that interferes with your hearing, it is important to look for safe earwax removal products, which can be found at your local pharmacy.

Similarly, hearing health specialists recommend that you do not use cotton swabs to “remove” earwax. In fact, cotton swabs do a poor job of removing earwax and they tend to further impact your earwax, leading to further problems.

If you have consistent problems with excessive or impacted earwax, visit your doctor for safe earwax removal.

Comprehensive Ear and Hearing is here for any questions you might have regarding your hearing health. If you are experiencing any discomfort, muffled sounds or any general concerns regarding your ears, we are a phone call away! Your first appointment will get you started safely on the road to a better and healthier you!

We closely follow the guidelines of the state authorities and feel confident that we are balancing safety and your need to hear.  We have buffered our procedures and office space in order to implement safe social distancing for you.  The following temporary policies have been put into place:

We closely follow the guidelines of the state authorities and feel confident that we are balancing safety and your need to hear.  We have buffered our procedures and office space in order to implement safe social distancing for you.

The following temporary policies have been put into place: